The UCA (United Capoeira Association) was born in the vision of Mestre Acordeon and Mestre Rã to create an organization where they could work together with similar philosophical ideals and yet preserve their own identities. Some of their American students then began teaching capoeira in different locations under the umbrella of UCA. As many capoeiristas and capoeira schools have embraced the system of “groups” as the paradigm of a capoeira organization, this strategy has proven to be very positive for the growth and survival of capoeira.

However, Mestre Acordeon is from a time when the concept of “group” was yet to be developed; therefore, UCA is not a group as understood in the capoeira context nor is it interested in many “chapters.” UCA strives to be a community of students which appreciates and respects the collective work developing for all capoeira tendencies and approaches in Brazil and beyond.

Today, some of their students teach capoeira in different locations under the umbrella of the United Capoeira Association.

Ubirajara Almeida, student of the legendary Mestre Bimba, is an author, musician, and historian. One of the early pioneers to bring Capoeira to the western United States in late 1970’s. Today Mestre Acordeon has established the United Capoeira Association with schools in numerous states and Mexico. 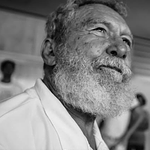 Cassio Marthino has been playing capoeira for over 30 years, and trained under many Mestres throughout Brasil, including Mestre Tarzan, Mestre Galo, and Mestre Suassuna. Mestre Rã has performed and taught all over the world. Currently, Mestre Rã works with Mestre Acordeon while also running his own school for at risk children in Jundiai, São Paulo, Brasil. 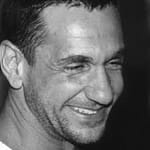 Suellen Einarsen, the first American woman to earn the title of mestre, has played a vital role for women in Capoeira. She began her career in capoeira in 1982, as a part of Mestre Acordeon’s first generation of students in the U.S. Mestra Suelly has been interviewed by numerous journalists in an effort to expand awareness of capoeira here in the United States.

Under direction of the United Capoeira Associatoin, Mestre Acordoen, Mestre Rá and Mestre Suelli, Contramestre Dondi “Enxu”, the founder of Capoeira Malandragem in Tucson, has been able to develop other institutions all of the country; Brazil, Colorado, New Mexico,Mexcio, and California.
Capoeira is always done to music and song. The speed and style of the berimbau (lead instrument) defines the rhythm or conversation between the capoeiristas within the roda (ring). The music is predominantly Afro-Brazilian. However, it can also combine elements from other musical genres such as, Afro-Cuban, Caribbean, and Reggae.
Contramestre Dondi “Exnu” Marble has been instructing variuos forms of martial art since 1974. In 1996,His capoeira training in Brazil and all over the Western United States has allowed Contramestre Dondi “Enxu” to successfully establish different academies in Arizona and in other parts of the world. By bringing this art form to a smaller city such as Tucson, he is encouraging and influencing a diverse group of people from all ages to open their minds and free their spirits. Students from all backgrounds and cultures can participate in Capoeira and begin at any time. The classes range from teaching young children, to the most specialized Capoeira and all are encouraged as long as they maintain the passion for the game and culture.

Quotes: Contramestre Dondi believes that in order for his students to fully appreciate this art form
“You must free your mind and your ass will follow!”